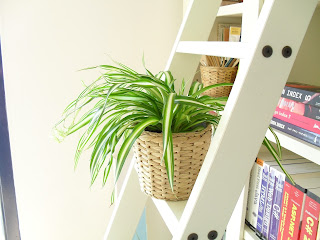 Almost a year ago, in August, one of my first plants in my new home was a spider plant "Atlantis", a Chlorophytum Comosum. I bought it online for 5 euro.
On your left you see a picture of it. I only had it a couple of months in my apartment when I took the picture.

Spider Plants or Airplane Plants produce arched green and pale yellow stems that extend to be 12-18 inches long. When less than a year old, Spider Plants may produce tiny white flowers on the tips of wiry, upright stems, called runners during the summer. The runners are soon weighted
down with plantlets giving it a spidery appearance. 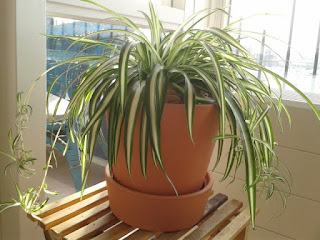 I took another picture in december of last year. You can see it on your right. I only had this plant 4 months in my home and it grew a lot in the meantime but I never repotted it since I bought it. However I bought a terra cotta pot cause I was planning on repotting it into this bigger pot. I also bought a smaller extra pot with holes inside to place it inside the  terra cotta pot. I read stories about terra cotta pots taking the water from the soil, i didnt want my plant to dry out. But you can see that its time for repotting, the leafs look droopy.

Last summer and autumn, soon after my purchase I received a lot of runners coming from this plant. I was very happy with it cause I didnt have to buy new plants to decorate my place.
These plantlets coming from the runners -- often called "babies" -- are easy to propagate, giving you an ongoing supply of plants. 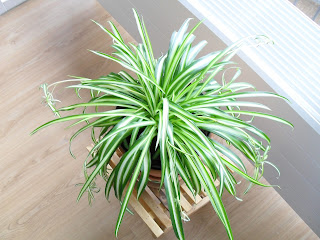 This picture above was taken 3 weeks after repotting it.

I placed it in a hanging basked for a fuller look 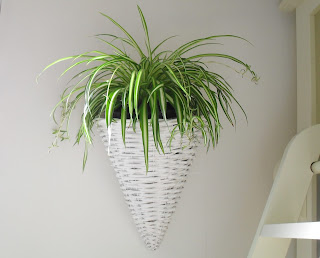 In each new pot there are like 2 - 3 baby plantlets planted from the mother plant. Each pot is 12 by 13 cm or 4.75" by 5.11" in size. I placed a pot with holes inside of each pot, I don't want those plantlets to drown. In each pot there is 1" or 2.5cm space for exces water.
The biggest baby plant on the right I planted in the beginning of November of last year. It was the first baby plant I cut off from the motherplant. I placed it in soil first while it was still attached to the motherplant  after seeing 3 millimeters or 0.11" big roots growing from under this plantlet and I waited 3 weeks before i finally cut it and planted it in its new pot.
After watching it grow I just cut off all the other plantlets with tiny roots and placed them in a pot filled with soil around Christmas time. They are still doing great these last 2 weeks as you can see and I will keep on filling the pots with plantlets when the other plantlets have grown roots on the runners from the motherplant. 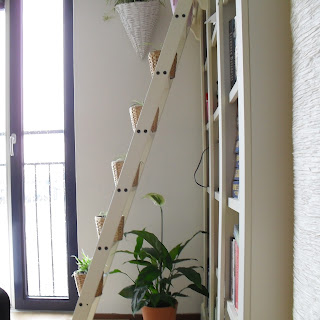 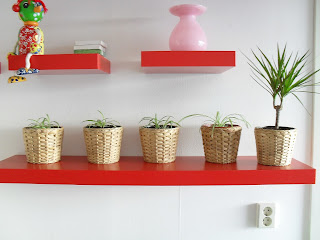 Next to the spider plant babies there you see a small dracaena marginata palm, I bought it last month in Ikea for 1 euro. Its approximately 1 feet (30 cm) tall. 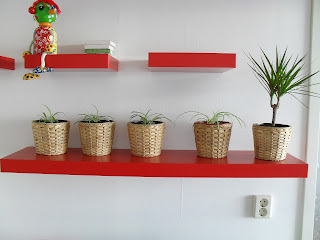 I think I am a plants addict but I had to take another picture just to follow up on the growth of these spider plant babies.

Update photo taken on March 20th
This spiderplant is getting bigger and bigger. 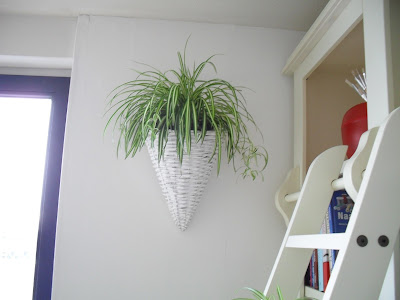 Update photo taken on June 25th
Three months later and a lot has changed. I bought another spider plant and a new planter. This planter is like 30 cm big and 30 cm deep. The white basket was only 20cm deep and wide. I placed the 2 spider plants together and this is the result: 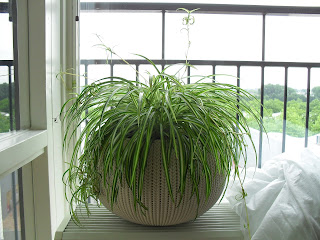 I placed the two plants into this bigger planter a month ago and I think my 2 plants are still adjusting to the new environment. It looks a little droopy.

My other baby plants are getting taller and taller. Its has been 8 and 6 months ago since I cut these babies off from there motherplant and placed them in their own pot. 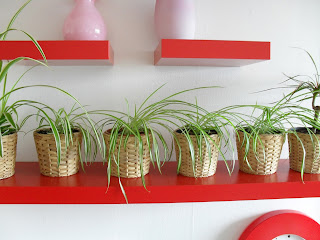 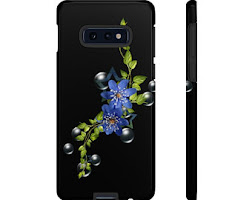 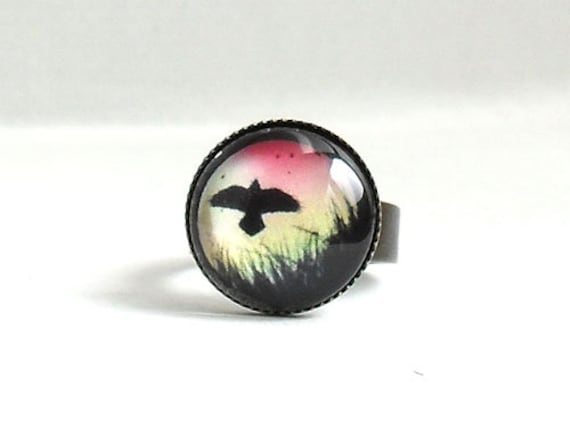